Whether network connected or standalone, firmware is the center of controlling any embedded device. As such, it is crucial to understand how firmware can be manipulated to perform unauthorized functions and potentially cripple the supporting ecosystem’s security. To get started with performing security testing and reverse engineering of firmware, use the following methodology as guidance when embarking on an upcoming assessment. The methodology is composed of nine stages tailored to enable security researchers, software developers, consultants, hobbyists, and Information Security professionals with conducting firmware security assessments.

The following sections will further detail each stage with supporting examples where applicable. Consider visiting the OWASP Internet of Things Project page and GitHub repository for the latest methodology updates and forthcoming project releases.

A preconfigured Ubuntu virtual machine (EmbedOS) with firmware testing tools used throughout this document can be downloaded via the following link. Details regarding EmbedOS’ tools can be found on GitHub within the following repository https://github.com/scriptingxss/EmbedOS.

During this stage, collect as much information about the target as possible to understand its overall composition underlying technology. Attempt to gather the following:

The above listed information should be gathered prior to security testing fieldwork via a questionnaire or intake form. Ensure to leverage internal product line development teams to acquire accurate and up to date data. Understand applied security controls as well as roadmap items, known security issues, and most concerning risks. If needed, schedule follow up deep dives on particular features in question. Assessments are most successful within a collaborative environment.

Where possible, acquire data using open source intelligence (OSINT) tools and techniques. If open source software is used, download the repository and perform both manual as well as automated static analysis against the code base. Sometimes, open source software projects already use free static analysis tools provided by vendors that provide scan results such as Coverity Scan and Semmle’s LGTM. For example, the screenshots below shows snippets of Das U-Boot’s Coverity Scan results.

Below are screenshots of Dropbear results from LGTM’s analysis.

With the information at hand, a light threat model exercise should be performed mapping attack surfaces and impact areas that show the most value in the event of compromise.

Each of the listed methods vary in difficulty and should not be considered an exhaustive list. Select the appropriate method according to the project objectives and rules of engagement. If possible, request both a debug build and release build of firmware to maximize testing coverage use cases in the event debug code or functionality is compiled within a release.

Once the firmware image is obtained, explore aspects of the file to identify its characteristics. Use the following steps to analyze firmware file types, potential root filesystem metadata, and gain additional understanding of the platform it's compiled for.

Leverage utilities such as:

If none of the above methods provide any useful data, the following is possible:

If the binary may be encrypted, check the entropy using binwalk with the following command:

Low entropy = Not likely to be encrypted

High entropy = Its likely encrypted (or compressed in some way).

This stage involves looking inside firmware and parsing relative filesystem data to start identifying as many potential security issues as possible. Use the following steps to extract firmware contents for review of uncompiled code and device configurations used in following stages. Both automated and manual extractions methods are shown below.

Files will be extracts to " _binaryname/filesystemtype/"

2b. Run the following dd command carving the Squashfs filesystem.

Alternatively, the following command could also be run.

2c. For squashfs (used in the example above)

Files will be in "squashfs-root" directory afterwards.

During this stage, clues are gathered for dynamic and runtime analysis stages. Investigate if the target firmware contains the following (non-exhaustive):

Statically analyze filesystem contents and uncompiled code manually or leveraging automation tools such as firmwalker that parse the following:

Execute firmwalker within it’s directory in ~/tools/firmwalker and point firmwalker to the absolute path of the extracted filesystem’s root directory. Firmwalker uses information in the "/data/” directory for parsing rules. A custom fork modified by Aaron Guzman with additional checks can be found on GitHub at https://github.com/scriptingxss/firmwalker. The following examples show the usage of firmwalker used on OWASP’s IoTGoat. Additional vulnerable firmware projects are listed in the Vulnerable firmware section at the end of the document.

See the firmwalker output below.

Two files will be generated, firmwalker.txt and firmwalkerappsec.txt. These output files should be manually reviewed.

Tip: It is recommended to run FACT with a computer that has 16 Cores 64GB RAM although the tool can run with a minimum of 4 cores and 8GB of RAM at a much slower pace. Scan output results vary on the allocated resources given to the virtual machine. The more resources, the faster FACT will complete scan submissions.

Upload firmware components to FACT for analysis. In the screenshot below, the compressed complete firmware with its root filesystem will be uploaded and analyzed.

Depending on the hardware resources given to FACT, the analysis results will appear with its scan results upon a given time. This process can take hours if minimal resources are allocated.

The 'E' indicates that the stack is executable.

A script that automates checking many of the above binary properties is checksec.sh. Below, are two examples of using the script.

Using details and clues identified in previous steps, firmware as well as it’s encapsulated binaries must be emulated to verify potential vulnerabilities. To accomplish emulating firmware, there are a few approaches listed below.

To begin partially emulating binaries, the CPU architecture and endianness must be known for selecting the appropriate QEMU emulation binary in the following steps.

Binwalk can be used identify endianness for packaged firmware binaries (not from binaries within extracted firmware) using the command below.

After the CPU architecture and endianness have been identified, locate the appropriate QEMU binary to perform partial emulation (Not for emulating the full firmware, but binaries with the extracted firmware.)

Execute the ARM binary (or appropriate arch) to emulate using QEMU and chroot with the following command:

Below, is an example of emulating a service that listens on port 5515.

Also, the same service can be emulated with qiling framework.

In another terminal, check if the service is listening locally and try to connect to it with netcat.

Sometimes, requests are dispatched to the CGI binary by the HTTP server. By simply emulating the CGI binary, it's possible to analyze the process procedure or verify the vulnerability without setting up a HTTP server. The following example issues a GET request to a MIPS CGI binary.

With the target binary emulated, interact with its interpreter or listening service. Fuzz its application and network interfaces as noted in the next phase.

When possible, use automation tools such as firmadyne, firmware analysis toolkit, or ARM-X Firmware Emulation Framework to perform full emulation of firmware. These tools are essentially wrappers for QEMU and other environmental functions such as nvram.

Note: Modifications to these tools may be required if the firmware contains an uncommon compression, filesystem, or unsupported architecture.

In this stage, perform dynamic testing while a device is running in its normal or emulated environment. Objectives in this stage may vary depending on the project and level of access given. Typically, this involves tampering of bootloader configurations, web and API testing, fuzzing (network and application services), as well as active scanning using various toolsets to acquire elevated access (root) and/or code execution.

Tools that may be helpful are (non-exhaustive):

Specific areas to review within an embedded device’s web application are the following:

Depending on the product and its application interfaces, test cases will differ.

When modifying device start up and bootloaders such as U-boot, attempt the following:

Attempt to upload custom firmware and/or compiled binaries for integrity or signature verification flaws. For example, compile a backdoor bind shell that starts upon boot using the following steps.

If a root shell has already been obtained from dynamic analysis, bootloader manipulation, or hardware security testing means, attempt to execute precompiled malicious binaries such as implants or reverse shells. Consider using automated payload/implant tools used for command and control (C&C) frameworks. For example, Metasploit framework and ‘msfvenom’ can be leveraged using the following steps.

If possible, identify a vulnerability within startup scripts to obtain persistent access to a device across reboots. Such vulnerabilities arise when startup scripts reference, symbolically link, or depend on code located in untrusted mounted locations such as SD cards, and flash volumes used for storage data outside of root filesystems.

Runtime analysis involves attaching to a running process or binary while a device is running in its normal or emulated environment. Basic runtime analysis steps are provided below:

Tools that may be helpful are (non-exhaustive):

After identifying a vulnerability within a binary from previous steps, a proper proof-of-concept (PoC) is required to demonstrate the real-world impact and risk. Developing exploit code requires programming experience in lower level languages (e.g. ASM, C/C++, shellcode, etc.) as well as background within the particular target architecture (e.g. MIPS, ARM, x86 etc.). PoC code involves obtaining arbitrary execution on a device or application by controlling an instruction in memory.

It is not common for binary runtime protections (e.g. NX, DEP, ASLR, etc.) to be in place within embedded systems however when this happens, additional techniques may be required such as return oriented programming (ROP). ROP allows an attacker to implement arbitrary malicious functionality by chaining existing code in the target process/binary's code known as gadgets. Steps will need to be taken to exploit an identified vulnerability such as a buffer overflow by forming a ROP chain. A tool that can be useful for situations like these is Capstone's gadget finder or ROPGadget- https://github.com/JonathanSalwan/ROPgadget.

A combination of tools will be used throughout assessing firmware. Listed below, are commonly used tools.

To practice discovering vulnerabilities in firmware, use the following vulnerable firmware projects as a starting point.

If you would like to contribute or provide feedback to improve this methodology, contact [email protected] (@scriptingxss). Make sure to open up an issue or a pull request, and we'll make sure to tend to it!

Special thanks to our sponsors Cisco Meraki, OWASP Inland Empire, and OWASP Los Angeles as well as José Alejandro Rivas Vidal for his careful review.

The full list of contributors can be found via https://github.com/scriptingxss/owasp-fstm/graphs/contributors. 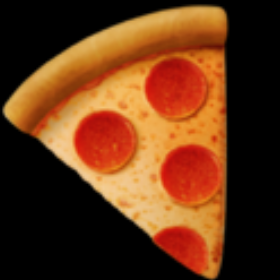